(Also known as: "My Annual Deep-Dive into Blogging and Why it Still Matters [except it doesn't, really])


One thing of which I am not a fan are the annual "highlights" retrospectives that news media and (especially) blogs put out right about this time every year.  John Thornton's Texas Tribune excels at that, reminding you of stories that they ran which, they felt, deserved more attention but didn't receive.

Bloggers do the same thing, often in a more self-congratulatory way which is either a turn-off to many readers or a turn-on to those who might just be discovering a blog. Although, judging by the decline and influence of local, political blogs I'd say it's more of the former than the latter.

Part of the reason for my dislike stems from my aversions to listicles which I believe are the lazy person's way out of talking about a story in-depth. It's also an invitation for more page hits, which artificially increase advertising rates and unique page-click stats allowing publications and writers to suggest that they are more popular than they really are.

So why, since I feel blogs are losing, do I keep pecking away at this little blog?

Stubbornness mainly, combined with an enjoyment of writing, an interest in local politics and no discernible talent in either that would allow me to procure gainful employment. (Also, I have a conscience and am not prone to prostitution which leaves me out of politics, especially of the local variety).

Do I think I'm having ANY impact on the local debate?  No. Part of that is due to the nature of blogging. It's easy to blog about things that you don't like (local politics) and much harder to blog about things that you do (sports, travel, technology, etc.) Because of this people get angry, it's hard to publish something regularly and NOT come off as single-minded bore.

The problem with single-mindedness is that, often, your critiques get misclassified as "No to everything" when, in fact, the opposite is true.  But it's easier for opponents of ideas to shut down debate than engage in it which is part of the reason we find ourselves in the political condition we're in. Then there's also the fact that people get fatigued of hearing how bad they are. Look, I realize that I'm hard on the Houston Chronicle, and I realize that no-one at the publication really cares any more. I know that I've infuriated a few of them, and most of them view me as an annoyance. As such, I rarely talk to anyone there.  This is not unusual in Houston.

Those in Houston who aren't New Urbanists rarely talk to those who are, and vice versa. I've tried, through the comments section, but it always devolves into a "You should do this" or some other idiocy where those opposed start hurling accusations of evil or some other nefarious motivation, which inevitably leads to a banning which doesn't further the conversation at all. In reality however, I rarely got comments on this blog even when I had them activated.

I've seen some blogs, usually tied to MSM sites which have a "lot" of comments, and by a "lot" I mean some posts with 6 or 8.  For the most part however blogging is hurling a bunch of words into the ether and only being contacted when someone finds a typo with which they can beat you over the head. This is also why I enjoy blogging as much as I do and will always keep doing it, in some form, regardless of who reads.

Sure it's disappointing to know that someone has chosen to discount a perfectly good, well-reasoned, argument because you misspelled a name, or a word, or didn't use it's vs. its correctly.  But it's often more disappointing if you thought that person intellectually honest, only to find out they are not.

The truth is, minus paid editors, it's HARD to get every word right, all the grammar correct, and the form and readability just so. Editing is a skill, a dying skill, as even news organizations with a staff of paid editors can't seem to publish things now without glaring typos. I forgive this in blogs, and have learned to read around it, I can't forgive professional news outlets the same.

Blogs are also where crazy goes to coalesce in a corner. They're where Jade Helm first reared it's ugly head, and where the term RINO lost any and all real meaning. Blogs are where the term neo-conservative got stripped of all meaning and was dispersed among a variety of people who are anything but.

Blogs, too often, morph into "news" sites, which has led to the rise of Vox, DailyKos, ThinkProgress, Breitbart, Huffington Post and a host of other "news" vehicles whose amateur staffs are suddenly treated as deep political thinkers by the so-called learned class in American politics. Blogs have given us Ezra Klein and Matthew Yglesias on the Left, two of the more dim individuals to ever grace the political arena. they also fed the rise of  Ann Coulter one of, if not the, most odious personalities in politics today. But, they brought about the end of Dan Rather's career, and have been responsible for uncovering a host of government, and private, malfeasance that the main stream media no longer has the desire and resources to go after.  And that, for journalism in America, is probably a good thing.

So, as 2015 winds down and we look forward to an election year in 2016 with a certain amount of dread let me remind you of this:  Life goes where we want it to. It doesn't always get there when and how we think it should, but ultimately we end up in the place we want, either consciously or subconsciously.

I've paused my blogging, changed blog designs, and split, condensed or sworn-off blogging more times than I can count. In part because I get bored with a concept or because I'm bored with a subject. One thing that I've never been able to fully shake is the desire to blog about local politics. Like Michael Corleone in the Godfather "Once I get out, they drag me back in."

2016 is coming, and I'm fully planning on being here, blogging about local politics, media and the general silliness that comes with them. I don't have many resolutions this year but (yes, in listicle form) here are a few:

1. I resolve to finally make it to the letter "Z" in New (Revised) Houston Political Dictionary.
2. I resolve to not change my blog name(s) in 2016.
3. I resolve to keep blogging with heart and humor (to rip a quote from Sports Illustrated)


I hope you enjoy reading this blog as much in 2016 as I enjoy writing it.

Cory
Screw the martini, give me a Scotch on the rocks. And if you know a way to beat the Vig. I'm listening. 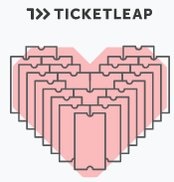